We are one of the newest private practices in Los Angeles County specializing in clinical care for both adult and pediatric patients with allergies, asthma and immunologic/eosinophilic disorders.  Our physician, Dr. Karl von Tiehl, is a diplomate of two Boards, having mostly trained at the Scripps Clinic in San Diego, CA, and having spent time studying Allergy/Immunology at the Mayo Clinic too.  Upon graduating from his training, Dr. von Tiehl spent over 3 years as a faculty member of the Cincinnati Children’s Hospital Medical Center’s prestigious Division of Allergy and Immunology, but Southern California was calling him home.

Dr. von Tiehl was born and grew up in Pasadena, CA, and he has now returned to the area to help patients that suffer from allergic disorders, just like he did when he was a child.  While he looks young, Dr. von Tiehl is in his 40’s, and yes, he wears a bow tie.

Dr. von Tiehl has eight peer-reviewed scientific publications to his credit, although now he devotes his time to clinical care and to educating on allergic disorders.  He has been quoted on the front page of USA Today and he appeared on MTV’s True Life: “I’m Allergic to Everything.”  He has been quoted in Elle Magazine and JAMA (pages 1 & 2), and he has appeared several times on local television.  He has also lectured nationally on the topics of food allergy and eosinophilic esophagitis.

Dr. von Tiehl’s practice is accepting new patients.  He is confident, compassionate, practical and professional.  If you’re one of the millions who suffer from allergies, asthma, food allergies, sinus problems, hives, eczema or something similar, Bowtie Allergy Specialists is the practice you’ve been dreaming of. 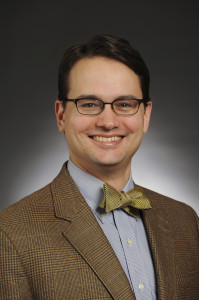